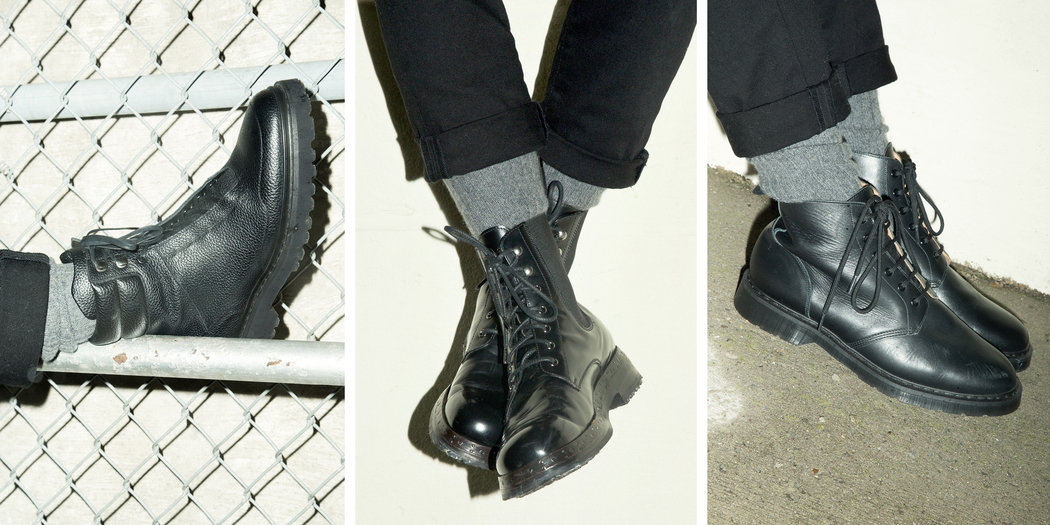 Ever since the Dr. Martens boot, which celebrated its 55th anniversary this year, became a symbol of youthful rebellion, it has never gone out of style. Now major fashion brands have taken cues from the Doc’s distinctive features — a chunky sole, welted construction and sturdy leather upper — for durable boots of their own.

The boot’s origins have more to do with orthopedic benefits than, say, punk rock. The footwear was the brainchild of Dr. Klaus Märtens, a doctor in the German Army during World War II. After he injured his ankle while skiing, he came up with the notion of an air-cushioned sole as an alternative to the standard army boot.

His idea became a commercial reality in the 1950s. Soon after, the manufacturing rights were sold to a British company, which introduced the popular 1460 model on April 1, 1960.

These were work boots, first and foremost, popular among police officers, postal carriers and laborers. It wasn’t until the mid-1960s, when Pete Townsend of The Who wore them on stage, that they began to signify youthful rebellion.

Mr. Townshend was one of the few rockers of the ’60s and early ’70s to have the respect of the punks, and they made Docs part of their own fashionably unfashionable get-ups. After they became available in the United States in 1984, they became a wardrobe staple for the hard-core punks of the ’80s and the grunge rockers of the ’90s.

“The boots had that appealing uniformity of look for the average skinhead who craved a gang mentality,” Martin Roach wrote in the book “Dr Martens: A History of Rebellious Self-Expression.” “Also, their simple utilitarian design was both an anti-fashion statement and a nod to their working-class roots, a badge of power and pride.”

But now that major designer labels are getting in on the game, has this anti-fashion statement piece become high fashion?

Dr. Martens boots also figure prominently in Chris Killip’s 1988 book of photographs, “In Flagrante,” which is the basis for a show at the Yossi Milo Gallery in New York next month. Mr. Killip’s photographs depict a Northern England in steep decline, and in one arresting image a young punk crouches on a brick wall while wearing a pair of weathered Docs.

It is a look that has inspired men’s wear designers over the last year. Whether you go with the original model or its more runway-ready offspring is up to you. ← Back to Latest News